Lynx Introduction Into The Uk - Have Your Say 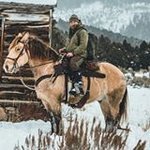