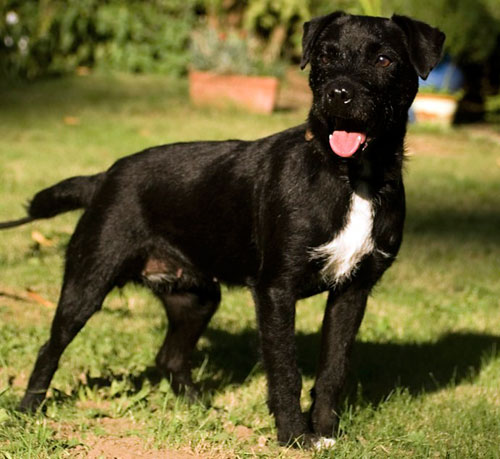 These are black digging dogs that I dig to. I don’t want a strain or a big name. This is just my way of doing something, I am not saying this is the best way.

The first question: Is my bitch Maggy worth breeding out of ?

1. She was dug to on her first quarry at 14 months old, she has been dug to without failure so far and she has made the age of 5 years.
2. Deepest dig so far 7 feet, longest dig so far 5 hours.
3. She has been a good finder in large places.
4. Strong bitch 14” to the shoulder an 19 lbs when fit.
5. All the parents in her pedigree are digging dogs.

1. She is hard and needs rest after most digs.
2. It is not easy to tell if she is digging on or got hold of the quarry as she works mute.
3. There is chance of some small pups as there are some small dogs in the make up of Maggy.

I think she is worth having a litter out of and I will be keeping back a bitch pup for my self to replace an older bitch.

I have watched Sid develop from a pup to the present day, he has made a 7 year old honest digging dog, and he finds well and uses the right mixture of bay and mix,that I like in a digging dog. I would have prefered to have used Sids sire, as when you are trying to bred digging dogs it is the producers of good digging dogs that you are looking for, not just the good digging dogs. Never forgetting the input a good dam has on producing a good litter of digging dogs as well. G. Mason’s Blackie sired Sid and is no longer with us, so using Sid’s sire was out of the question. 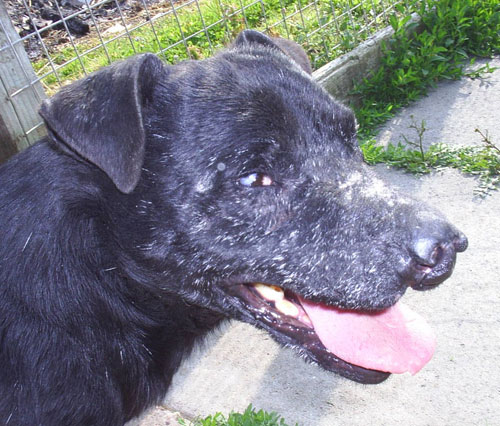 Knowing what is in the history (pedigree) of your dogs helps when you are trying to pick a sire for your dam.
I know that Sid was put to his half sister and all seven pups made digging dogs, they are three years old now. Jaz was the dam to both litters, but using two different sires.
Maggy is out of Joe who is the brother to Jaz and her dam is Sindy, who is related to Blackie through Nuttals Minner.

Travelling two and a half hour each way with a nights stop over to use Sid, I mated Maggy on her 12th and 13th day in season. 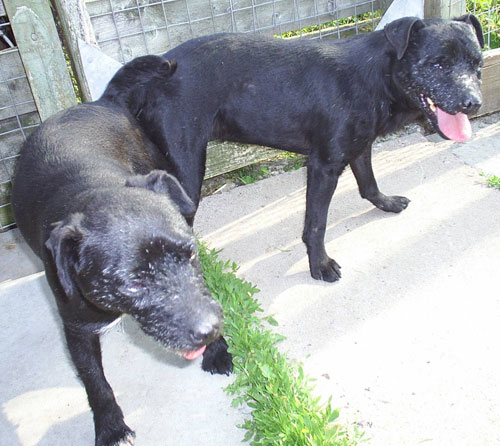 She shown signs of being in pup from five and a half weeks and grew larger with each passing week, by week 7 she was showing well. 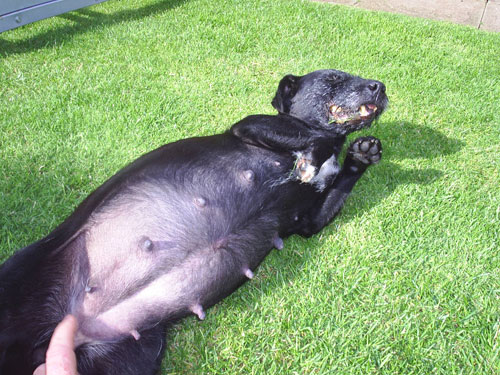 On the 63rd day I went down to clean the kennels at 7 am as normal and Maggy showed no signs of parting with her pups. I cleaned their kennels and took the rest of the dogs for a walk. I came back at 9am to find she had given birth to four pups two dogs two bitches. Checking again at 10.30am she had given birth to another dog, I thought that would be it but on checking her at 11.30am she had three dogs three bitches all looking healthy and a even size litter. 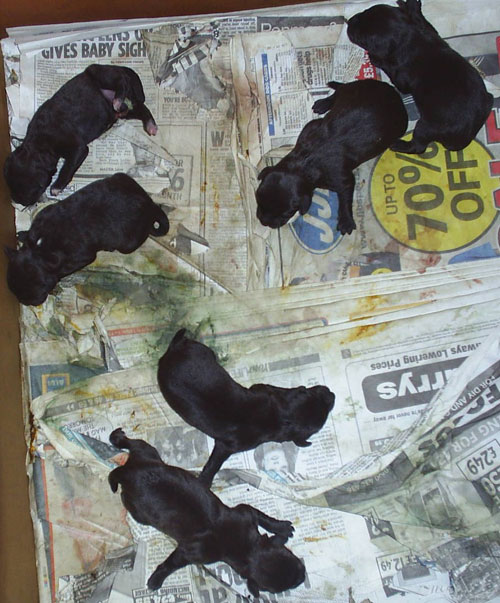 At three days old I took the healthy pups and mother to the vets for the pups to have tails to be docked, I leave the dew claws on the front legs and only have them taken off their back legs, but I have not seen any dew claws on back legs for some years now. Taking healthy pups to the vets full of ill animals, to have a job done that I am easily capable of doing, does not make sense to me, but this is what our law demands. My mates lass has just had a baby and he was asked if he would like to cut the cord, strange world. 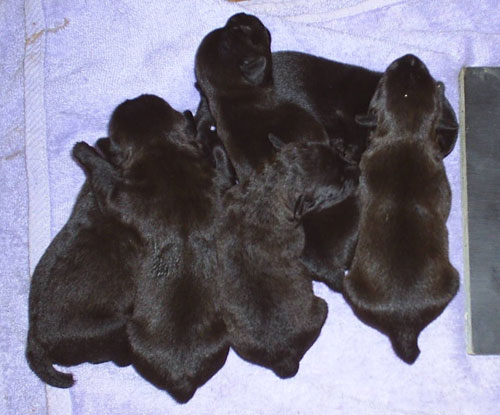 People tell me that when I breed a litter, they will have one of the pups. Some people don’t keep their dogs how I want these pups to be kept and some people have too many dogs for the amount of work they have.
I try to place my pups into other kennels which have got access to plenty of work for their dogs and people with similar goals to mine.

Conditions on having a pup

1. If the pup at anytime needs to be moved on, I’m given first chance of it back.

2. If the pup does not make the grade, it is not passed on.

3. The pup cannot be bred from until after its four years old and only then if it has made the grade of a digging dog worth breeding from

4. No pups can be sold from this pup, they must be given to other trusted digging people.

These dogs seem to come good if you hold them back from their first dig till they are 14 months old.
Take them ratting, let them run empty pipes and earths, tie them near some digs and let them rag dead quarry.
After 14 months try them at the easy places give them a first season of winners, in easy places.