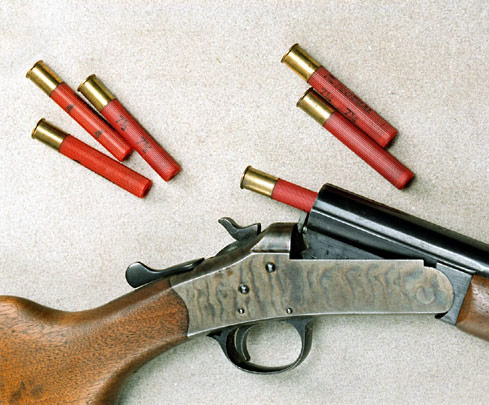 Always a puzzling question as to why it’s a calibre and not a gauge or bore.

Hopefully this may shed some light on the situation.
The  36gauge was an “artificial” denomination of a .410 bore calibre

Nobody to this date has come up with a very precise answer, even the president of CIP (the European ruling committee on arms and ammunition).

All the official documents from European Proof houses before 1904 do not mention .410bore calibre.

France, in 1810, tried to get away from the British system and they managed to keep two systems: one was similar to the British (except the French pound was different) and determined gauges fairly similar in diameter to the British system;
the other, called the bore system, was similar, but used the kilogram (for example a 32 bore was very similar to a 12 gauge).
In 1868, they killed the bore system and tried to rationalise the dimensions. They still based the determination of the gauge on the number of lead balls made with a French pound, but they decided to adjust the diameters to have 0.2mm steps between gauges.
This is probably were the .410 was born (even though it was not called so; officially it was called a 12mm):
In fact, the French proof house decided that all the guns smaller than 10.6mm (roughly .410″) had to be tested for pressure in a different way than the bigger ones. So, .410 became the divider between serious guns and playthings.

In Germany in the 1800’s there is no mention of any gauge smaller than 32 (and, by the way, they used several different “German” pounds, depending where the gun was manufactured)

Austria had a system similar to the English, from 4 to 50 gauge. There was a 36 gauge with diameter 12.4mm (but was, different from the French and English 32…)

Italy was a mess: depending on who was the invader (Austria ,France or Spain) they changed the system accordingly.
The presence of more than 30 weight systems in Italy confused the situation. Basically, in the 1800’s there was no two guns alike in the entire European continent…
luckily the European gunsmiths were pretty good in making custom made balls after measuring the gun barrel. Things started to change in the 1900’s, probably because of the need for having standard arms and ammunitions when assembling armies of different countries.

The first official reference to .410 bore calibre is in a 1904 document by the Royal British proof house; the same document has a 36gauge (with the “correct” .506 in diameter).

In the 1961, CIP confirmed .410 as the only correct name, but in 1969 added 36 in parenthesis on the dimensional tables.
Basically, they were acknowledging the situation.

Italy and other European countries used 36 gauge for the shorter .410 (2 and 2 1/2″ long) and .410 for the 3″ long, also called 36 Magnum.
There is no real technical explanation behind it and it is thought to be the result of trying to get an agreement between several countries and several hundreds arms and ammunition producers, all of them with their own history and reasons.
The fact is that 36 gauge and .410 bore now refer to the same shell.

Unless anyone knows different ????