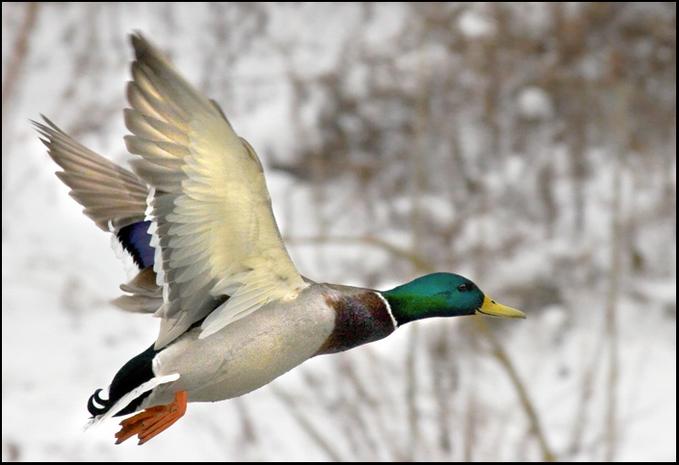 This time of year seems to come around quicker each time. Seven months gone in no time, it does, however, have its compensations. Duck flighting being one. We had been feeding the ponds since the Teal put in an appearance in the last week of August, the traditional Barley being the favoured feed and it was certainly disappearing fast. A month of feeding had gone by, numbers of duck increasing all the time and so it was decided that Friday would be our first opportunity to take our chance at bagging a few. The weather forecast was good, the pond was cleared of residing duck and the shallows topped up with Barley.

To put you in the picture of this pond, it’s a small splash of water at the end of wooded gulley and is surrounded by trees apart from where we have cut out hides around the edges. Also, there is a large patch of muddy shallows, perhaps three inches deep where we tend to feed. It is on a B-line for an estuary and the Teal seem to love it. It is our best pond.

Only two of us turned up for this first foray, not such a bad thing, its far easier shooting this pond with just two Guns, any more and it gets crowded. We positioned ourselves either side, in amongst the half bare trees with their autumn colours and waited. By this time it was six thirty, the sky was still clear with some wisps of silvery cloud but it looked promising for a clear night where the birds would be silhouetted against the sky.

About forty minutes went by and with several false alarms due to a Pipistrelle bat constantly catching the corner of my eye, when I heard whistling wings above my head and to my right. Shortly after, the flapping of hovering wings and splash, a couple had landed on the pond. A few more came in, followed by a few more. My buddy gave a short blast on his Dog whistle; this is the code we use to start shooting when the next raft comes in. The ducks already on the pond seemed to take no notice and carried on pottering about on the water, albeit acting as floating decoys.

A pair of Teal came in from my right and above my head, no chance of a shot as they disappeared over the other side, with no salute from my buddy either, we were rusty after the seven month break! I heard some more whistling wings somewhere, looking around but nowhere to be seen, when a shot rang out. With that the rest of the ducks on the pond lifted in one cloud of perhaps twenty, looking like a swarm of dark wasps.

I picked one from the bunch, he had risen straight up off the pond, just making his way over me, about thirty yards up, shifting along at a fair pace. My first shot clean missed, the second connected well, he folded both wings, hitting the rush a few seconds later. Another bird came from my right over the tree line a few seconds later, I took him well out in front with my first barrel with him falling into the grass about fifty yards out. Two birds down so far, if no more were to present themselves now, I’d be happy.

But, they kept coming from every direction possible, swirling around your head like little rockets, swooping into the pond even though my buddy was firing at them, they kept on coming in for landing. I haven’t seen that many duck on a flight for a considerable time. During the next five minutes or so, I hardly raised my gun to fire at them, they were all over, you picked out one, when another would come into the corner of your eye.

I spied a pair coming straight toward me, down the by now darkened gully, I let them come in to around forty yards when I raised the gun, letting them both flare up in front of me and taking one with each barrel. “Thud”, “thud” as they both him the rush out in front of me.

The Teal appeared to pause their version of the Battle of Britain for the next few minutes, all the while we were listening and looking. A distant resonating “quack” was coming from the other direction, across some open fields, Mallard. The Mallard were late, normally they come in first before the Teal but today, they had obviously hit the snooze button. My buddy had first dibs on these.

Two shots in quick succession echoed behind me, followed by a loud “Quack” as three Mallard appeared over my head, I took the right and then the left, leaving a lowly one to drift toward the marsh. By now it was fairly dark and the flight near as dammit over, with no distant sounds, no whistling wings and no splashes to be heard for a good five minutes, with the light pretty much gone. Then, as I went to break the gun, one last and crafty Cock Teal, swooped from behind me, heading along the tree line, my last shot? Missed completely, with one very scared Teal making haste to some other retreat.

All over in twenty minutes, but one of the most exciting flights I’ve been on for quite some time around this pond. The dogs by now were pushing their way through the dense, dark rush, zig zagging back and forth, occasionally bringing a ball of feathers back to hand. We spent a good half hour trying to track one Teal on the other side, both dogs working in unison, with my buddy’s Springer bitch bringing it back to hand quite dead after it being tucked into a folded over clump of rush.

The total bag for the two of us being eight Teal, four each and four Mallard, two each, though how my buddy managed to kill both Mallard stone dead with a single shot, is a matter for discussion in the pub after shoot day. Seen as there were only two of us, the farmers on either side of the pond had a trio of Teal, with the rest being split between us. An enjoyable night, the first foray of the season and hopefully it wont be the last.