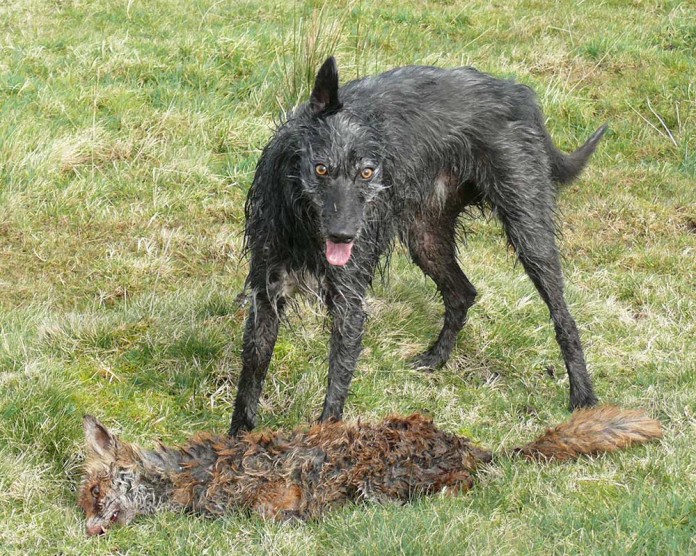 Mike is thirty two and Scott is thirty three which means that their combined years are still a few short of mine so it was hardly surprising that the climb to the small spinney halfway up the fell wasn’t affecting them a jot but was causing me to puff like steam train.

“What size are your boots?” Scott asked after I had staggered and nearly tripped over a boulder.

“What do you want to know for?” I asked.

“If you peg out – they might fit me.” Scott chortled and then both of them laughed far longer than the weak joke deserved.

“It’ll take more than a whippersnapper like you to fill my boots,” I wheezed and picked up a sun-dried cow pat and skimmed it at him like a Frisby.

It’s not a boast because it’s something I was born with like the colour of my hair or the size of my feet for that matter but I had always been a phenomenal thrower and my accuracy with anything from a stone to a marble had to be seen to be believed so I was surprised when the whizzing piece of dried cow shit went zipping past Scott’s head missing by a couple of feet.

“Poor old sod’s lost it Scott,” said Mike, who had witnessed my throwing ability many times in the past. 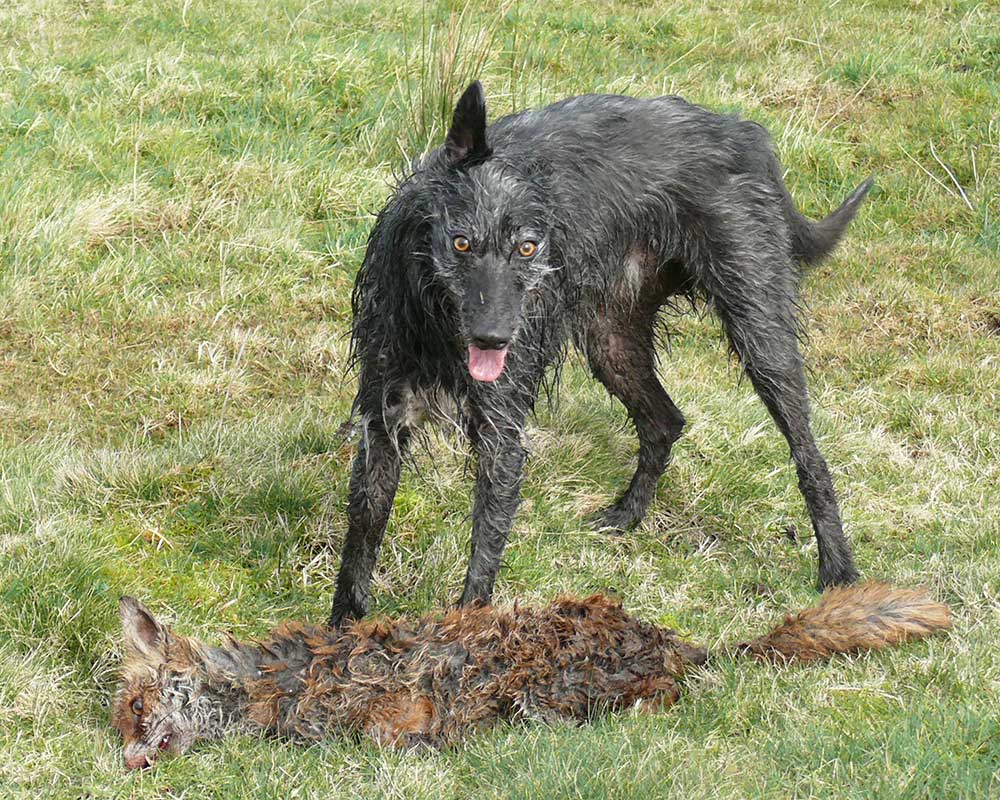 Truth was I had lost it – not all my facilities but my throwing ability had disappeared very recently. Last week I had thrown a plastic jug at a chicken to dissuade it from entering the garden and torn something in my shoulder and my GP diagnosed something that would likely require surgery. I was doubly cheesed off because all through my life I could throw with astonishing accuracy and all manner of birds and the occasional small animal had been felled by the deadly strike of a stone. I knocked a squirrel out of a tree once with a lovely smooth pebble and the dog, an old mongrel-spaniel, grabbed it and suffered a bite from its chiselled teeth before killing it. A wheel nut that had fallen from a car and had lain rusting in the gutter until, as a bloodthirsty eight-year old, I had picked it up and knocked a robin clean from its perch in mid song ending the life of the luckless songbird. This callous act had gone unseen by the family who were walking a little way ahead of me at the time and so I avoided a good hiding from my dad.

The two terriers, straining at the couples were not doing my bad shoulder any good but doing quite a good job of tugging me along my upward journey. They weren’t my own terriers and I was only in charge of them temporarily, that is, until we reached the earth; now I keep only Teckels. The other two were carrying all the gear. Not that there was much to carry: a spade, a bar and a bag containing nets, a bleeper and a flask of tea. I waited whilst Archie, my ancient lurcher, cocked his leg against a fence post. Not that I really needed to wait for him it was just that I needed a breather.

“Come on Col, we haven’t got all bloody day.”

“Yeah, yeah,” I muttered under my breath, “kill the old ’uns off first.”

I reluctantly moved on but had no intention of trying to catch up – they were too far ahead and moving too fast for me. I knew that when they reached the earth they would fiddle and fart about with the nets, clearing the holes and trimming any brambles that could snag them. I arrived and sure enough they were still faffing about. I fsatened the two terriers to a tree by the simple expedience of snapping the chain over a convenient low branch and made sure they couldn’t get tangled up and choke.

Archie, after sniffing two of the holes, went and sat some distance above the earth. I had only brought him because he doesn’t get out every day with my little pack which comprises Teckels, Archie and Archie’s daughter.  Only when Mike had unfastened a terrier, put an electric collar on it and allowed it to fly down the hole, did Archie deign to stand up and fix his amazing eyes on the activity below. It was fortunate that he did because the terrier had hardly got out of sight when a fox exploded from the earth and into one of the large fox nets that I had knitted and given Mike a few years back. Archie ran a couple of feet towards us, saw that the fox was safely in the net, stopped and resumed his stance. Mike shot the fox with his fully licensed pistol and just as he did a second fox shot out of the same hole and made straight for old Archie. 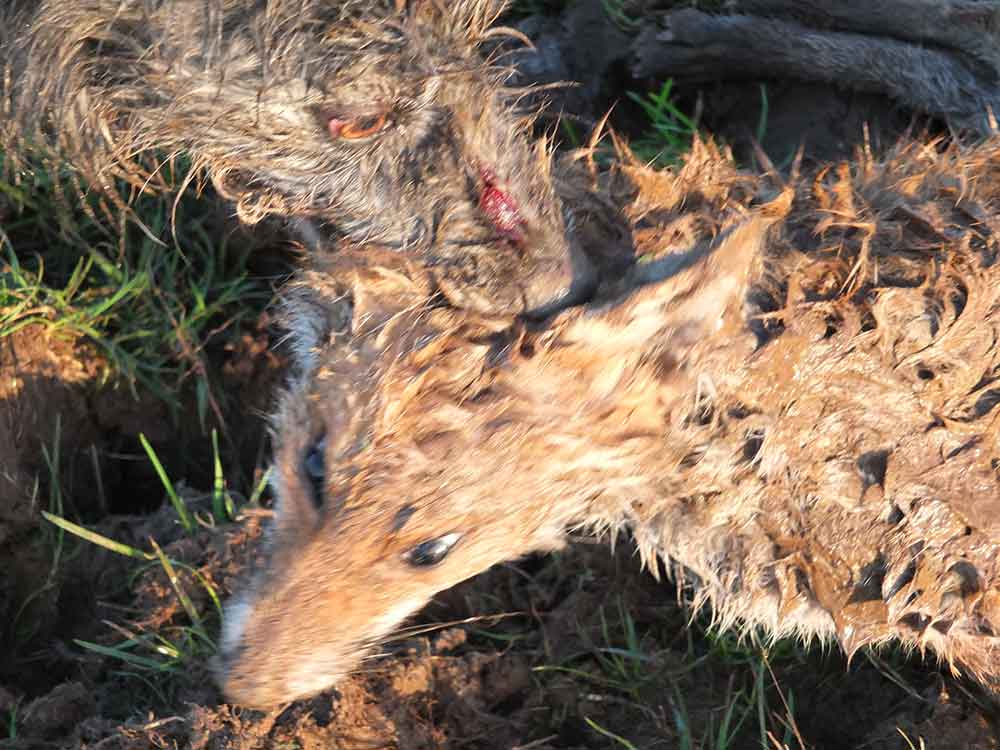 Now Archie, in dog years is older than arthritic me and I find it quite difficult to still even scruff a fox securely. Even when I use what I consider a much more secure method, which is to hold them by the ears, I am aware my grip is not what it was. Archie, old as he is, caught twenty two foxes in the past twenty months. He found and caught the majority on his own but was sometimes assisted by his daughter. He’s a bare twenty two inches at the shoulder. Now, a year older, would he be able to catch this fox. Admittedly the wood we were in was thin with little cover in the bottom but there were still plenty of tree trunks for the fox to twist and weave his way from the dog and this is just what he did.

The dog made the strike, the fox jinked, Archie fell over and skidded downhill empty-mouthed.

“It’s all well and good chasing him now you daft old bugger – he’s long gone.” I shouted as Archie regained his feet, took off and clumsily jumped the wall into the field. I said this more as an excuse for the old bugger because he has been an amazing dog but now at eleven it was pushing it to expect him to nail a fox in a wood. I hadn’t needed to make an excuse for the old dog because both boys (boys?) had witnessed what he could do, if not in his prime, then close to it.

“He nearly got it,” said Scott sympathetically. I didn’t need sympathy.

“See, I got it out of the net before I shot it granddad,” said Mike acknowledging what I had drilled into him years ago.

“I’m not your bloody granddad. If I was you’d would be better behaved,” I said and cuffed him round the ear. I did it gently but not too gently. Scott was arranging a new net over the hole whilst Mike untangled the one that had caught the fox.

“You only took it out of the net because Colin’s watching you – you didn’t last week end did you and look what happened,” he finished telling tales on his friend with an ear-splitting yell of, “LOOK UP!”

It was the sudden reappearance of the fox that had caused Scott to bellow.

It leapt on to the wall and raced past us down hill. What’s more Archie was inches behind it.  The old dog shed the years and struck somersaulting over and over but not letting go and nailed it not thirty yards below us. He didn’t get bitten but he normally does. This time he didn’t have to hold the fox for long because Mike rushed over and placed the muzzle of his gun just two inches from Archie’s top jaw and shot the fox in the head. When the fox invariably bites him on the snout he squeals like a stuck pig and those people who haven’t been out with him before think he’s going to let go but he never does Archie, as is his won’t, shook this one for a short while then released it and stood back and barked at it. He does this whenever he kills anything be it a fox or a bumblebee. It is a very useful trait to have.

He stopped barking at his enemy and came and leaned against me.