Holding A Dog Back 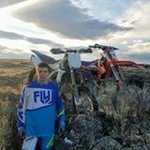